I just got back from the Hummingbird Festival in Sedona, Arizona. It was an honour to be invited there to present our work on flight. 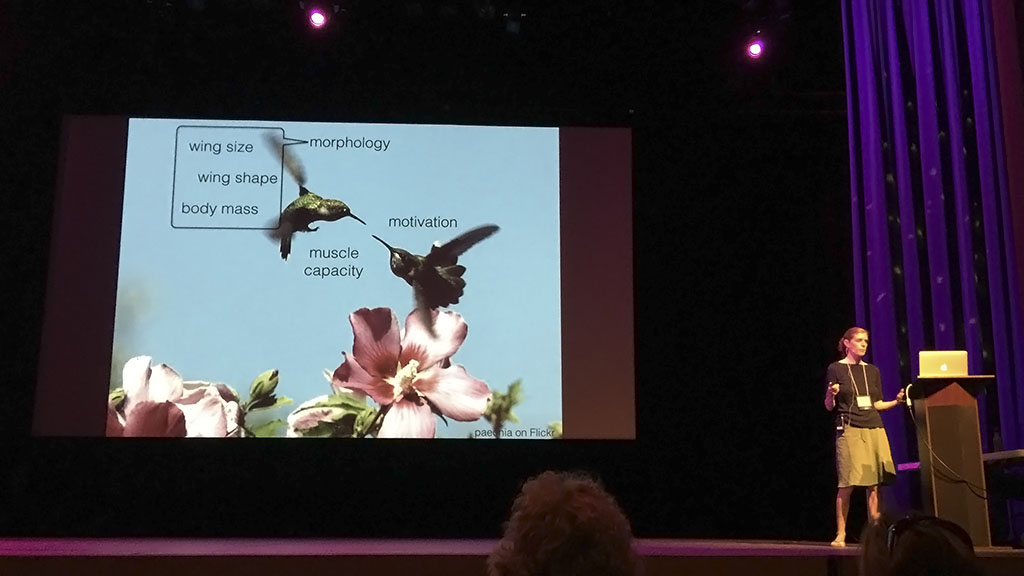 Photo by Maria Mahar at www.hummingbirdpictures.net

The audience at the festival had a ton of great questions and I learned a lot. For example, the Anna’s hummingbirds are a fairly recent arrival in Sedona, just as they are in Vancouver, because urbanization has also allowed the species to gradually expand its range east into the desert (as well as north). I wonder how that has affected the hummingbird community there? I also learned that it is pretty easy to set up an outdoor Drosophila colony as a protein source for breeding hummingbirds.

We saw the Grand Canyon and more bats, hummingbirds, and aura photographers than ever before in one place. Arizona has great insects, too. My favourite? The “pleasing fungus beetle” we spotted at Starbucks.