Here’s my poster from the Evolution conference in Ottawa: 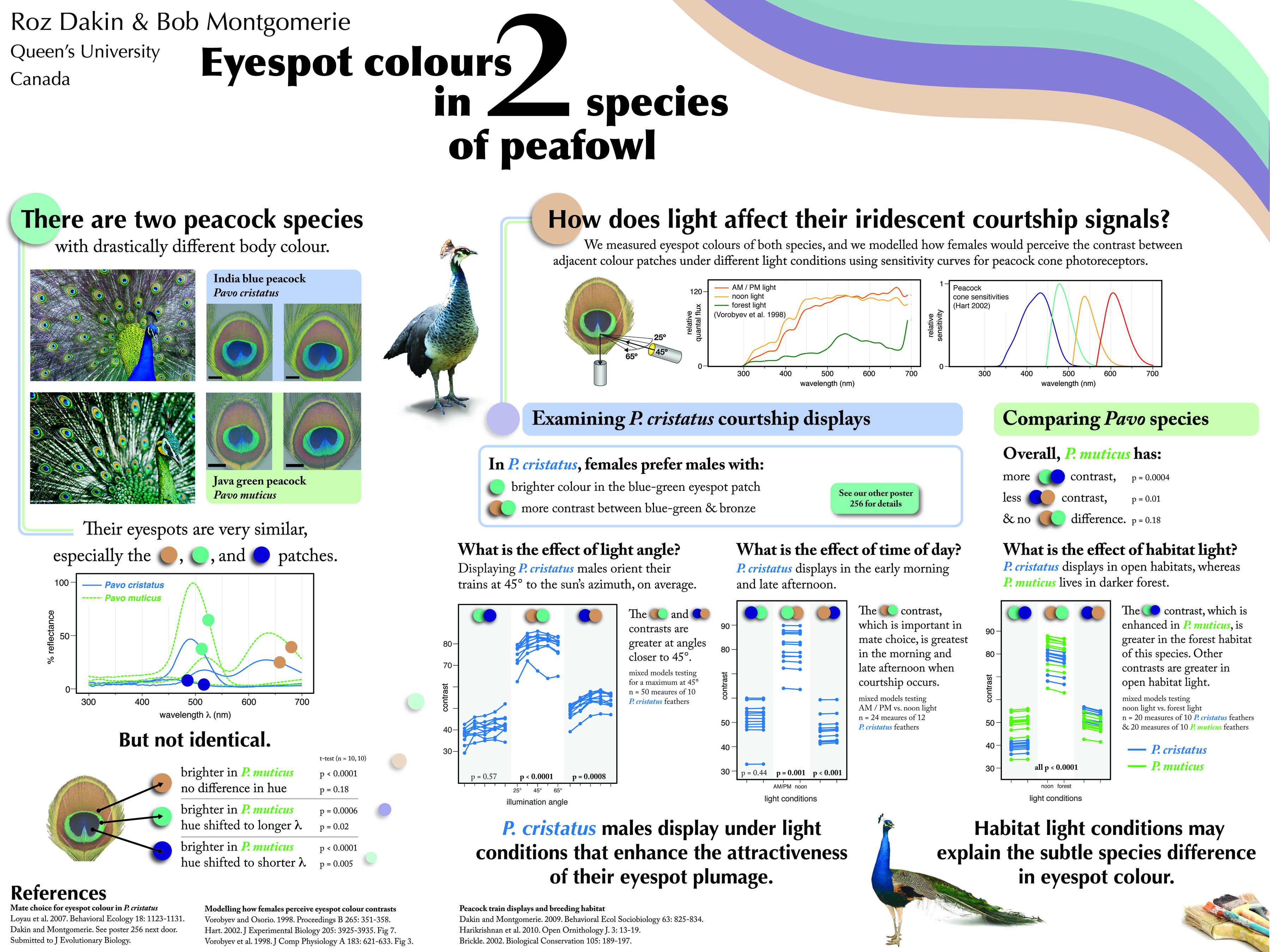 The colours are a bit off in this shrunken version, but you can download a larger PDF version here. The poster covers some of my work on the lesser-known green peacock (a close relative of the familiar blue variety). Green and blue peafowl have markedly different body colours, and in the green species, the females are as colourful as the males. Interestingly, the two species have eyespot feathers that are nearly identical. Why are their eyespots so similar? I think it’s because these feathers are crucial for courtship, and females of the two species have similar taste.

One of the main results I’ve found is that despite appearances, there are subtle differences in the eyespot colours of the two species. These differences, while slight, might be readily apparent to birds since they have excellent colour vision. I think the differences are the result of adaptation to different light conditions. Blue peacocks live in India, and prefer bright, open habitat like riverbeds and agricultural fields. Green peacocks live in darker forested areas of Southeast Asia, and their eyespots may be slightly brighter and greener to take advantage of dim forest light.

It was my first Evolution conference, and I hope I can get to another. The talks were fantastic. Author David Quammen summed things up nicely in his public lecture: “Science is people.” This theme carried through the meeting, from Rosie Redfield’s tale of the pitfalls of falling in love with your hypothesis to a rally where scientists young and old marched together on Parliament Hill (see my pictures here). How often does that happen?