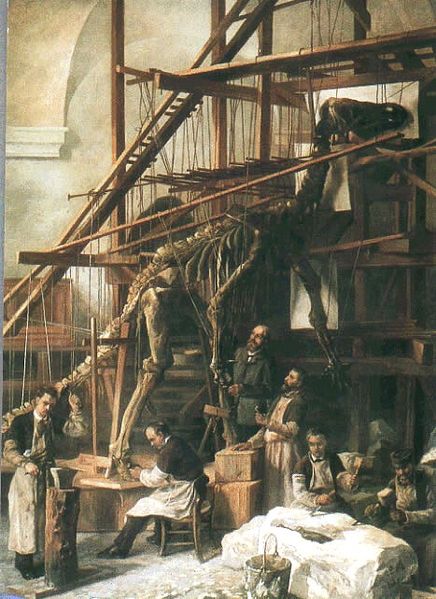 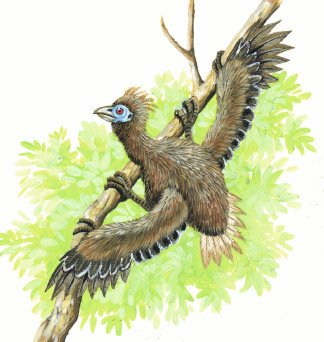 There are certainly a number of problems with the concept, the first being that it is stated as law. In a field where the subject matter is squishy, messy and dependent on events in past generations, laws are made to be broken. Stephen Jay Gould pointed out the irony of rejecting Dollo’s Law on these grounds, since Louis Dollo’s writings emphasized that the search for general principles of evolution was futile. Here, Gould translates Dollo9:

An organism never returns exactly to a former state, even if it finds itself placed in conditions of existence identical to those in which it has previously lived.

But even the earliest studies of organisms breaking Dollo’s Law acknowledge this distinction, that the law is supposed to be “descriptive and not prescriptive”. The use of the word “law” in a scientific context seems to be causing this confusion, surely no fault of Dollo.

The second problem with Dollo’s Law is that it is claim about an absence; specifically, an absence of something that should, by definition, be rare. Here’s an illustration: take the claim, “there are no black swans“. It is easy for this to seem true, since most of the swans you could check in the world are white. Until you visit that rare corner of the southern hemisphere where the black ones live, that is.

Even if we accept that in general, evolutionary history does not repeat10, there may be rare times when it does – and these could be impossible to detect. Traits could be lost and re-gained in a few million years, blinking in and out of existence without leaving a trace in the fossil record or in any extant species. Comparative studies can only look at what we have out there right now; we might easily miss the rare instances like Guenther’s marsupial frog where reverse evolution has occurred.

John Wiens argues that there are other reasons why these rare events might happen more often than we realize. Reversals are more likely to occur on short time-spans, exactly when they are hardest to detect by comparative phylogenetic methods4. Furthermore, if a reversal has some selective advantage and it occurs multiple times in a lineage, the most parsimonious interpretation may be that there was never any change in the first place4.

The third problem with Dollo’s Law also has to do with semantics. What do we mean by reversal? Is regaining something that was lost the same as going backwards – or is it more like going forwards, twice? Historically, there has been a fair amount of confusion about how to interpret Dollo’s Law, often based on the assumption that it makes a claim about progress in evolution9.

Indeed, there are several ways you could interpret Dollo’s phrase “returning to a former state”. We could take it to literally mean retracing the most recent steps, in reverse order. This is where it gets muddled with the idea of progressive evolution, or a universal forward march that never returns to a simpler or more primitive state. Stephen Jay Gould argued forcefully against this idea9. But I doubt that many practicing biologists would interpret Dollo’s Law this way anymore.

A more common interpretation is that Dollo’s Law is about retracing any set of steps, forwards or backwards. When each step on its own is an improbable event, the chance of repeating all of them becomes vanishingly small. As Richard Dawkins put it, the law is really just “a statement about the statistical improbability of following exactly the same evolutionary trajectory twice… in either direction.”11

The morning glory example I described earlier seems to fit this interpretation. The odds of reversing all the necessary genetic changes to reconstruct the blue pigment pathway are nearly zero.1 What makes reversal particularly difficult here is that order matters. Because the red pigment pathway exploits the same genes and raw materials that were previously used to churn out blue, the mutations would have to be reversed in a particular sequence for restoration of ancestral blue to work.

Things that are lost are rarely gone. And when they are regained, they may be different, genetically, even when they appear to be similar on the surface. The marsupial frog provides another illustration here. John Wiens thinks that the re-evolution of their lower teeth was helped by the fact that all frogs retain the genes to build something very similar – their other set of teeth.

John Wiens calls this a “loophole” in Dollo’s Law: reversals are more likely when related, homologous genes are maintained in the organism for some other purpose4,8. For frogs, the question now becomes: how did this came about, genetically? Why haven’t more frog species re-evolved bottom teeth, given that a number of them evolved unique serrations and tooth-like structures on their lower jaw instead4?

By virtue of the indestructibility of the past… [an organism] always keeps some trace of the intermediate stages through which it has passed.

Gould was heavily invested in the idea that history constrains future possibilities. John Wiens’ marsupial frogs suggest that sometimes, history can promote its own repetition.

What should we do with Dollo’s namesake? That is for future evidence to decide. There is not much point in arguing about the semantics of laws and exceptions. As others have pointed out, a more constructive approach is to study examples like marsupial frogs and morning glories, and improve our understanding of the factors that promote, or counter, re-evolution4,8.