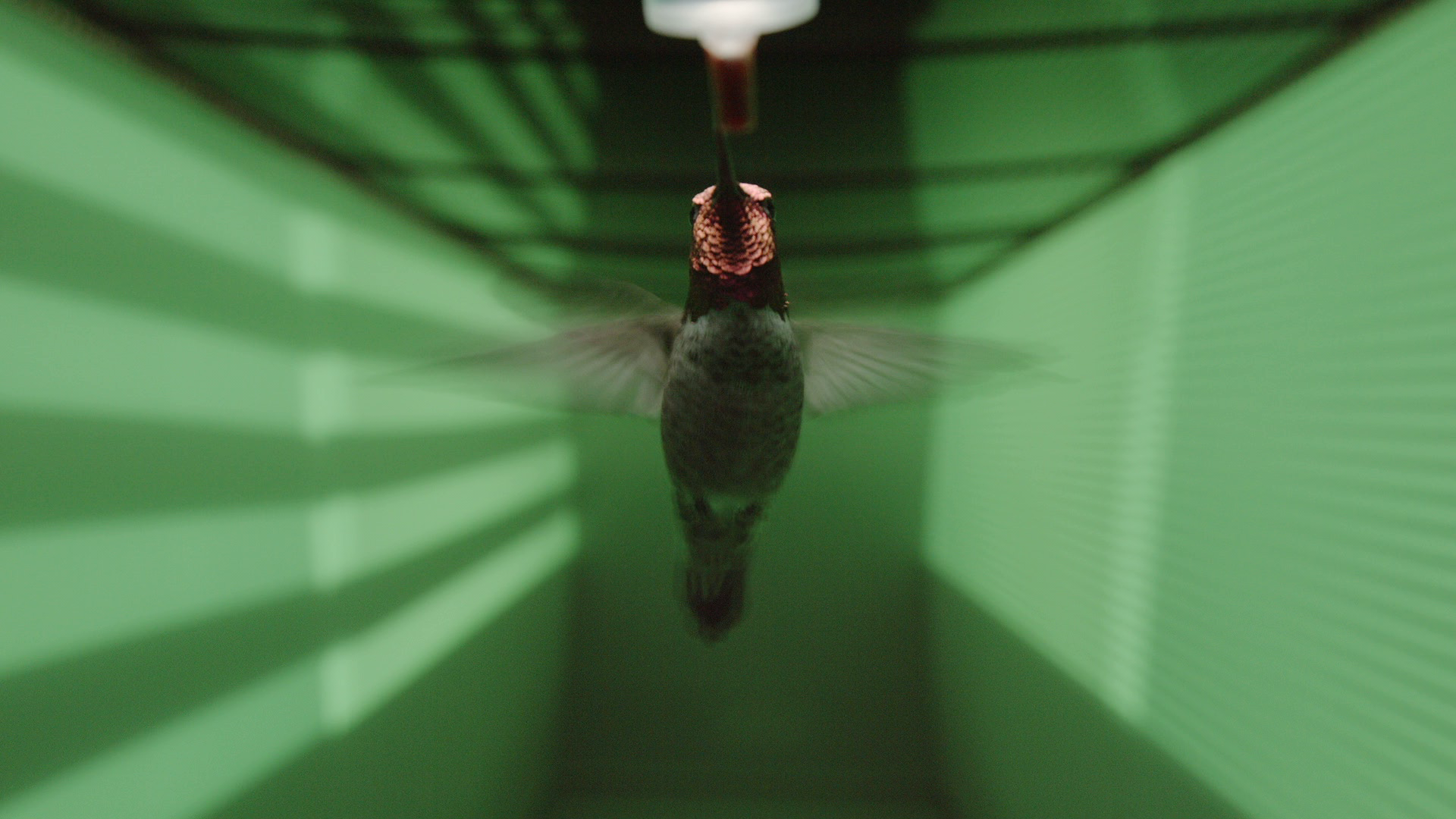 From dodging collisions to deciding how much effort to expend on offspring, behaviour provides a means for animals to respond to diverse challenges in nature. The goal of my research is to understand the mechanisms that have evolved to solve sensory, motor, and decision-making problems. I use high-throughput behavioural assays that can be linked to physiology through experimental manipulations at the biomechanical, neurological, endocrine, and molecular levels. I also draw on comparative and evolutionary approaches to ask how and why the mechanistic underpinnings of behaviour evolve.

Understanding the mechanistic causes of behavior is necessary to anticipate and solve many applied problems in ecology. Natural behavioural systems can also provide inspiration for solving technological problems (after all, “evolution is cleverer than you are”).

The specific aims of my research include:

In addition to these aims, another major goal of my work is to inspire broader interest and participation in science through outreach and teaching.

The biomechanics of maneuverability

The ability of an animal to maneuver – that is, change speed and direction – can mean the difference between life and death. How do biomechanical traits such as body size and shape determine maneuverability, and how does performance evolve? With colleagues at UBC, I developed high-throughput methods to analyze maneuverability by using an optical 3D tracking system to capture thousands of rotations, accelerations, and turns performed by flying birds. The first step was to validate this method in a single species (the Anna’s hummingbird), and identify repeatable metrics of individual performance (Segre, Dakin et al. eLife 2015). We found that these differences among individuals could be largely attributed to muscle capacity (and not morphological variation), and also that performance decreases when birds move to high elevation due to mechanical constraints (Segre, Dakin et al. eLife 2015; Segre, Dakin et al. Current Biology 2016). More recently, we are using a comparative phylogenetic approach to analyze maneuvers captured from over 200 individuals from 25 hummingbird species (Dakin et al., Science 2018). The advantage of this comparative approach is that evolution repeatedly explores new variants, making it possible to disentangle the contributions of multiple biomechanical traits. Moreover, by including variation both within and among species, this approach can be used like a meta-analysis to test if the effect of a given individual trait (such as wing size) holds across species, or whether it varies due to the effects of other, compensatory traits. This project is conducted with Doug Altshuler and Paolo Segre.

Birds can forage, compete, display, and even mate in the air. So far, we know little about the sensory information they use to accomplish this. How do birds avoid collisions and gauge their speed? How do they transition seamlessly from rapid flight to hover? I have been testing these questions by experimentally manipulating the visual environment while recording birds’ flight paths in 3D, using the optical tracking system described above. These experiments take place in a virtual reality flight tunnel where we can manipulate multiple visual cues. The results of our first experiments demonstrated that hummingbirds use two different visual cues for steering in two axes: they use image velocity for altitude control, as well as a novel mechanism based on feature size for lateral steering during forward flight (Dakin et al. PNAS 2016). More recently, we are testing how birds weight different (and sometimes conflicting) cues during forward flight, and how they use different visual cues for different modes of flight. This work has been a collaboration with Doug Altshuler and Tyee Fellows.

Vision also plays a major role in mate choice. For my dissertation at Queen’s University, I studied the importance of dynamic colour signals in the peacock’s courtship display using perceptual models of bird colour vision. We found that the iridescence (or hue change) of the blue-green part of the peacock’s eyespot can explain over half of the variation in peacock mating success (Dakin and Montgomerie Behav Ecol 2013). This was surprising because peacock eyespots display several other colour traits that are apparently unrelated to mate choice. Peacocks also perform a number of stereotyped maneuvers during their displays, and we also study how these movements influence their dynamic colour signals (Dakin and Montgomerie Behav Ecol Soc 2009; Dakin et al. PLoS One 2016). This work is in collaboration with Bob Montgomerie at Queen’s and Suzanne Amador Kane’s physics lab at Haverford College, and leverages a large population of habituated peafowl in California, providing an excellent opportunity for both sensory and biomechanical experiments.

Cooperation and parental care are highly flexible behaviours that are also central to reproductive success. How are these behaviours controlled, and what effects do they have at the population level? With collaborators at the Smithsonian, I investigate mechanisms of cooperation in the wire-tailed manakin. Males in this species interact repeatedly to perform cooperative displays, and these interactions form the basis of long-term affiliations that determine reproductive success. By tracking the birds’ movements in the wild with RFID-based proximity loggers, and by sampling (and manipulating) testosterone levels, we are testing how endocrine physiology influences movement, cooperation, and social network structure. Previously, I studied parental care with Fran Bonier and Ignacio Moore’s group at Virginia Tech, examining how corticosterone influences parental behaviour in tree swallows. Our work revealed that brood mortality depends on an interaction between inclement weather, the female’s hormonal state, and her partner’s level of investment (Ouyang et al. BMC Evol Biol 2015). This influence of the weather on hormonal mechanisms of cooperative parental care may explain why northern populations of swallows are in decline.