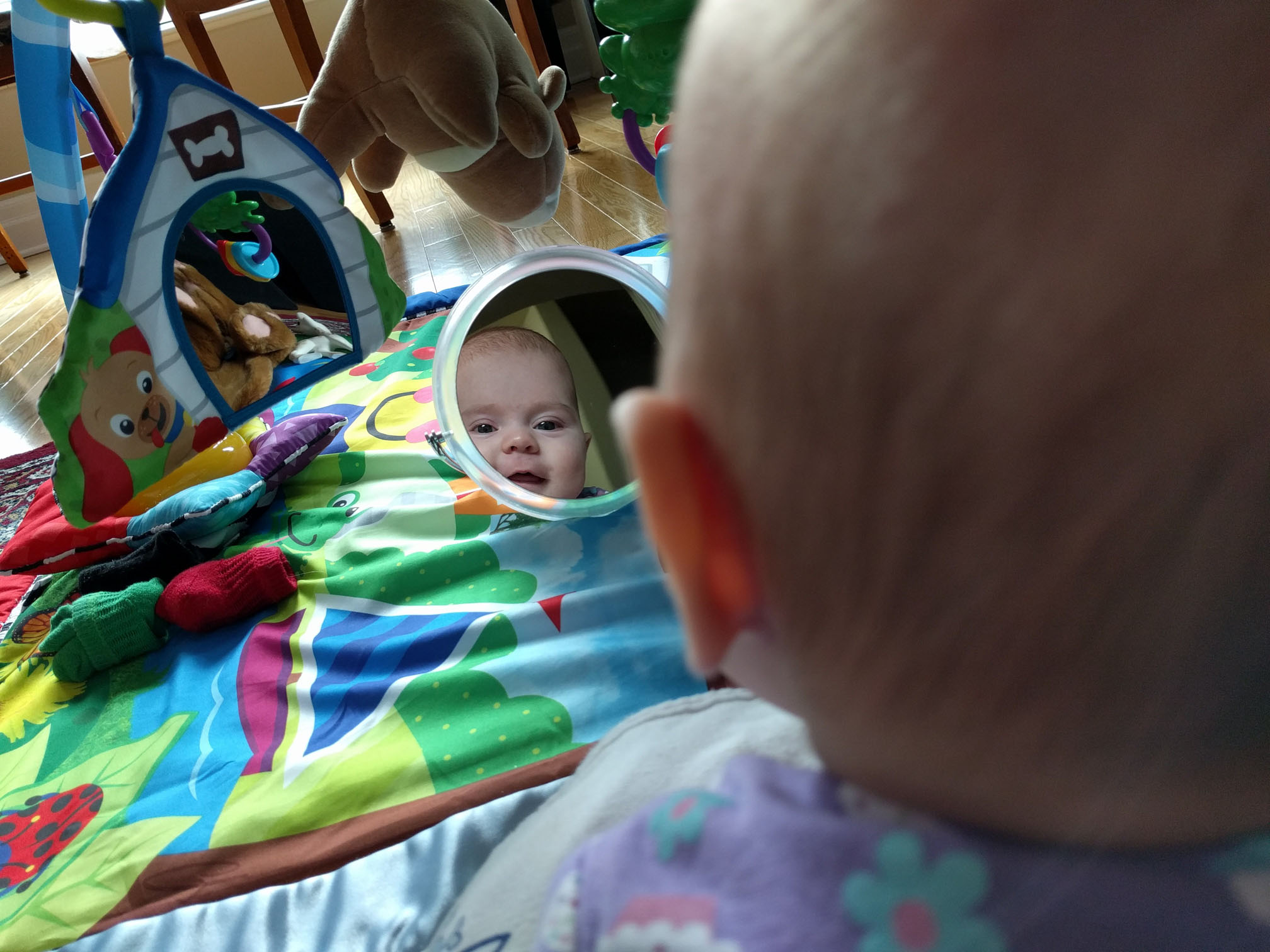 I finally had a chance to watch Steven Pinker’s excellent lecture on science communication this weekend. Pinker, a psychologist, linguist and top-notch writer, argues that psychology can help us tune up our writing and become better communicators.

His first point is that cognitive psychology points to the model that we should be aiming for: prose that directs the reader’s attention to something in the world that they can then come to understand on their own.

He also discusses why this is so hard to do: The Curse of Knowledge. Once you know a lot about something, it’s hard to put yourself in the mindset of your readers – i.e., the people who don’t know anything about the thing you are trying to write about. This is because it’s hard work, cognitively, to keep track of what other people know. The classic example of this is the false belief task in psychology. If you show a child a box of Smarties (the chocolate candy), and then ask him or her what might be in the box, the child will say candy. Suppose you then reveal that the box actually contains something else – coal. Then close the box and ask the child what another person would think is inside. A 7 year old will correctly say candy, but a child younger than 4 or so will claim that others would think it contains coal. Up until about age 4, we don’t seem to grasp that other people can have false beliefs about the world. Pinker’s point is that this ability – also known as theory of mind – isn’t a cut and dried thing that we suddenly achieve at age 4. It’s a sophisticated skill that proves to be a challenge even for adults.

His advice on writing? It’s pretty standard stuff. Pinker enlists his mom – or in other words, an intelligent reader who just happens to not know a lot about his particular topic already. His other point is to take a break from your writing before you edit, to give yourself time to shift away from the mental state you were in when you wrote it. You can also read your work aloud, since that seems to engage a different mental state as well (I wonder why?). It makes me wonder whether there is anything we can do to harness this mind reboot effect more efficiently. Say you don’t have a lot of time and your mom is not available. How can you reset your brain on demand? I’m thinking of a 20 minute nap, reading some fiction, or doing some physical exercise before editing your paper – which is best? I imagine this is something that cognitive neuroscientists will be able to tell us pretty soon.

Pinker ends with some sage advice: most good writers learn by example. So find a bit of writing that you admire, and try to figure out what makes it great. His choice? The short essay called “The Owl”. It’s remarkable for its clarity and worth checking out in the video below:

If only it was that easy for the rest of us to escape the curse of knowledge.

You can watch the whole lecture by Steven Pinker here. (The Owl is at the 57 minute mark.)

The Shark Worlds came to Kingston last month – not a fish thing, but rather the world championships for the Shark class of sailboat. My friend Martin was competing (his boat name? Cloaca. Martin is a biologist who takes taxonomic accuracy seriously).

As he was recounting some of his adventures, he mentioned that he had done quite well in the preliminary practice race. Memories flooded back from my former life as a sailor: “Did you finish it? Never finish the practice race!”

I explained that it was bad luck, especially if you win the practice race. Better to duck the finish line instead of crossing it. Our friend Chris, another evolutionary biologist, dismissed my advice. What did luck have to do with it? We’re rational scientists, right?

I struggled to explain it. “It’s like wearing the conference T-shirt during the conference.” It marks you as new and vulnerable. And if you do well, it does nothing for your mental game. Why set yourself up to have something to lose before the event even begins?

Chris was not convinced, and I’ve been thinking about it ever since – especially since today is a near-miss Friday the 13th. Can someone be rational and superstitious at the same time?

END_OF_DOCUMENT_TOKEN_TO_BE_REPLACED

Like most ideas, this one arrived in the shower. I needed to write a post for this week, but my list of topics was wearing thin and the weather is finally starting to get nice enough to distract me. Sure, I had a few promising ideas lined up, but they all need more time to develop. Plus I had a DVD to watch: a Nature of Things episode on serendipity in science due back at the library. Then it hit me – of course! I’ll watch the episode and then write about that.

Serendipity – supposedly one of the top ten most untranslatable words in the English language – was coined in the 1700s by Horace Walpole as a play on the tile of a Persian fairy tale. The Three Princes of Serendip takes place in Sri Lanka. It follows the adventures of three brothers exiled from the island by their father the king, in hopes that his sons might achieve a more worldly education. In the course of their travels, the princes go on to solve many mysteries – like unintentionally tracking down a lost camel on scant evidence – thanks to their sagacity and a series of lucky accidents.

Since Walpole, the word has taken on a close association with Eureka moments in science, starting with Archimedes’ famous bath. Supposedly, the ancient Greek mathematician solved the problem of measuring the volume of irregular objects after noticing how his own body displaced water in the tub.

Scientists have taken a great interest in tracking serendipity, perhaps because it seems to play a role in research success. Wikipedia has an extensive list of celebrated examples, from Viagra to chocolate chip cookies. Many have looked for ways to encourage this kind of scholarly luck. For instance, after his Nobel prize winning work on viruses, the molecular biologist Max Delbrück is perhaps best known for coming up with the principle of limited sloppiness: researchers should be careless enough that unexpected things can happen, but not so sloppy that they can’t reproduce them when they do. Alexander Fleming had this advantage when he discovered penicillin. He first noticed its antibiotic effects in a stack of dirty culture dishes that he hadn’t bothered to clean before leaving for summer vacation.

So how do people study something that is by definition rare and unusual? Psychology Today has summed up some of the latest research on luck, most of it based on surveys of people who claim to be especially serendipitous1. Not surprisingly, they are more competent, confident and willing to take risks than the rest of us. They are also more extroverted and less neurotic than most. Being born in the summer apparently helps as well – especially May.